About Interfight.
Interfight is a series of physical bots, designed to complicate the relationship between systems, but also a paradoxical method to emphasizes the presence of the interfaces in our lives. They provide wrong information for tracking web site location, fighting against the design homogenization and GUI standards.
Interfight is a physical, kinetic interface. It works by taking the human body capacitance as input, through conductive material, and interacts with another graphical interface on capacitive surfaces like touch-screens. The contact between both interfaces, cause a physical reaction (gravity, friction, vibration).
Interfight becomes especially interesting when it behaves freely through the tablet operating system. It acts as intruder: clicking, opening and closing applications, taking decisions, collapsing social networks, typing random comments and posting then in your name.

Day 1. b. Introduction / Practical. 1h
Interfight-DIY-kit it will complete with the second part. Users will take contact with electronic components and tools to assemble the NETBot. A plastic capsule contains the Interfight-DIY-kit itself, composed for the electronics components needed to assemble Interfight [images 2, 3]. The assembly instructions and a picture of the assembled toy (if applicable), and/or an illustration of all toys belonging to the same line as the one contained within this particular capsule.

Day 1. c. Assembly 1h.
Intefight is a smart device, made by electronics components like an open source microprocessor, photocells, batteries, a circuit, a switch, vibrators, engines and conductive material, which provide a self interaction.
The photocells obtains the brightness status and send the inputs through the circuit to the microcontroller where is analyzed, when light is up the microcontroller will turn the circuit running the device, if the light crossing the photocell is lower to the scope calibrated by the microcontroller, the device will not run.
This physical phenomenon also happened when the device gets contact with the capacitive surface allowing it to recognize the changes of luminosity on the screen. When this is happening, Interfight gets natural behaviour, vibrating or moving its parts.
At the same time all the structure is developed by capacitive material allowing the detection for touch-screens and interacting with it clicking, scrolling or making zoom.

Expect some costs for materiel (around 20 Euros)

Students and users, all levels, this workshop addressed to those who have concerns in Critical Interfaces, new media and non-conformism towards the Internet data management, specially tracking Web site location and Web site analysis, design homogenization and GUI standards. The Practical objectives introduces to basic circuit development, welding and electronics to create a physical Netbot. 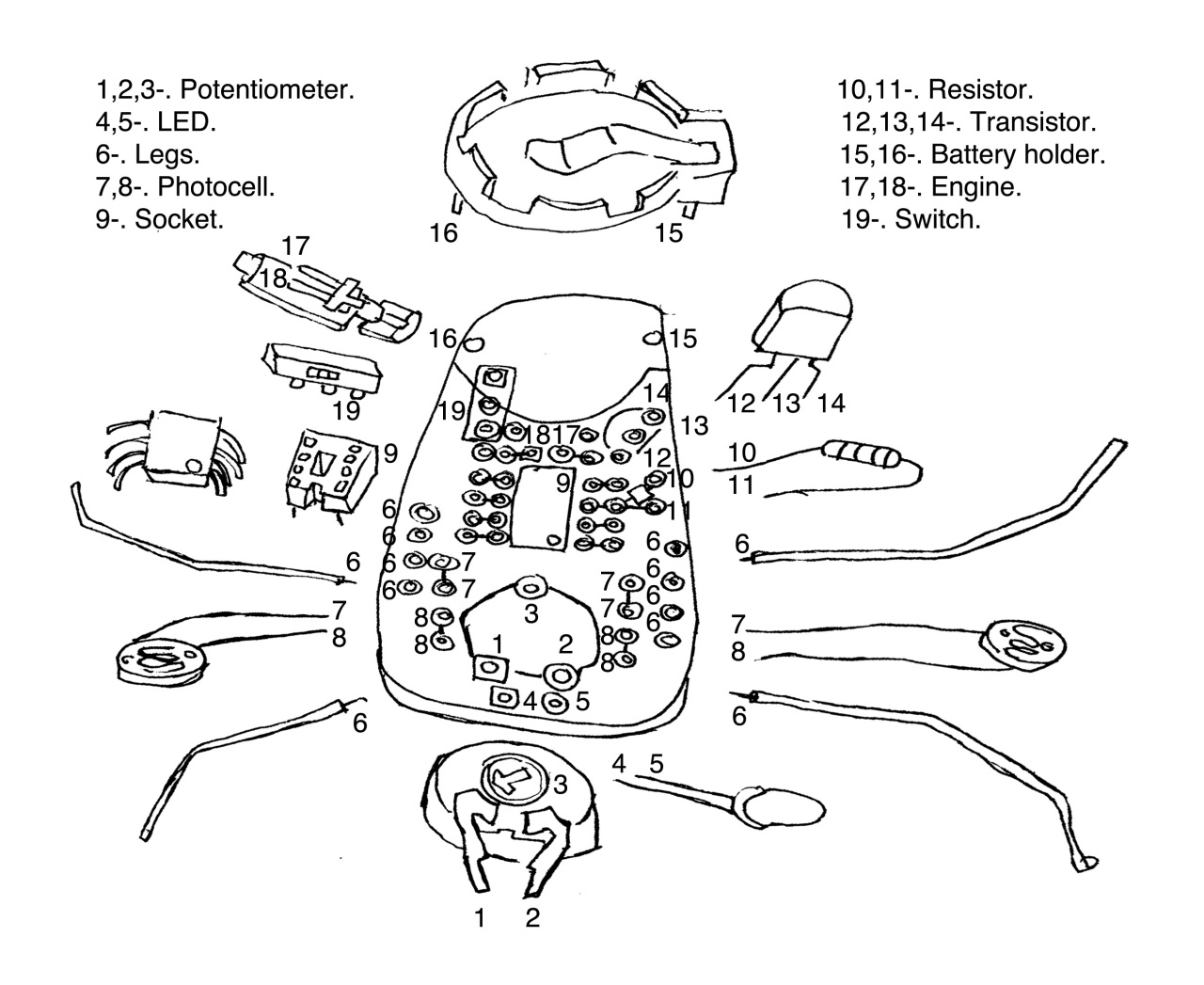