Spreadkom is an alternative communication system created by BridA (Tom Kerševan, Sendi Mango and Jurij Pavlica) . This project encourages the public to think about our forgotten and hidden abilities to communicate, distributed throughout the forest, a walking path or a park, with a series of devices all powered by air, water or sunlight. These devices are able to communicate with each other and with listeners (visitors) by sending different sound codes, mimicking the natural sounds. The system is activated by visitors whistling, creating an artificial echo that helps people to perceive the topography of the environment and communicate only by using sound.

Spreadkom avoids the use of a network based on a central operation unit, like radio waves, mobile phones, GPS or the internet, and emphasizes alternative ways of communication and orientation without relying on standard technology that permits all sorts of abuse through the possibility of tracking or spying.

Spreadkom was a co-production with Aksioma (SI) and was realized in the framework of Masters & Servers, a joint project by Aksioma (SI), Drugo more (HR), Abandon Normal Devices (UK), Link Art Center (IT) and d-i- n-a / The Influencers (ES).
year: 2015 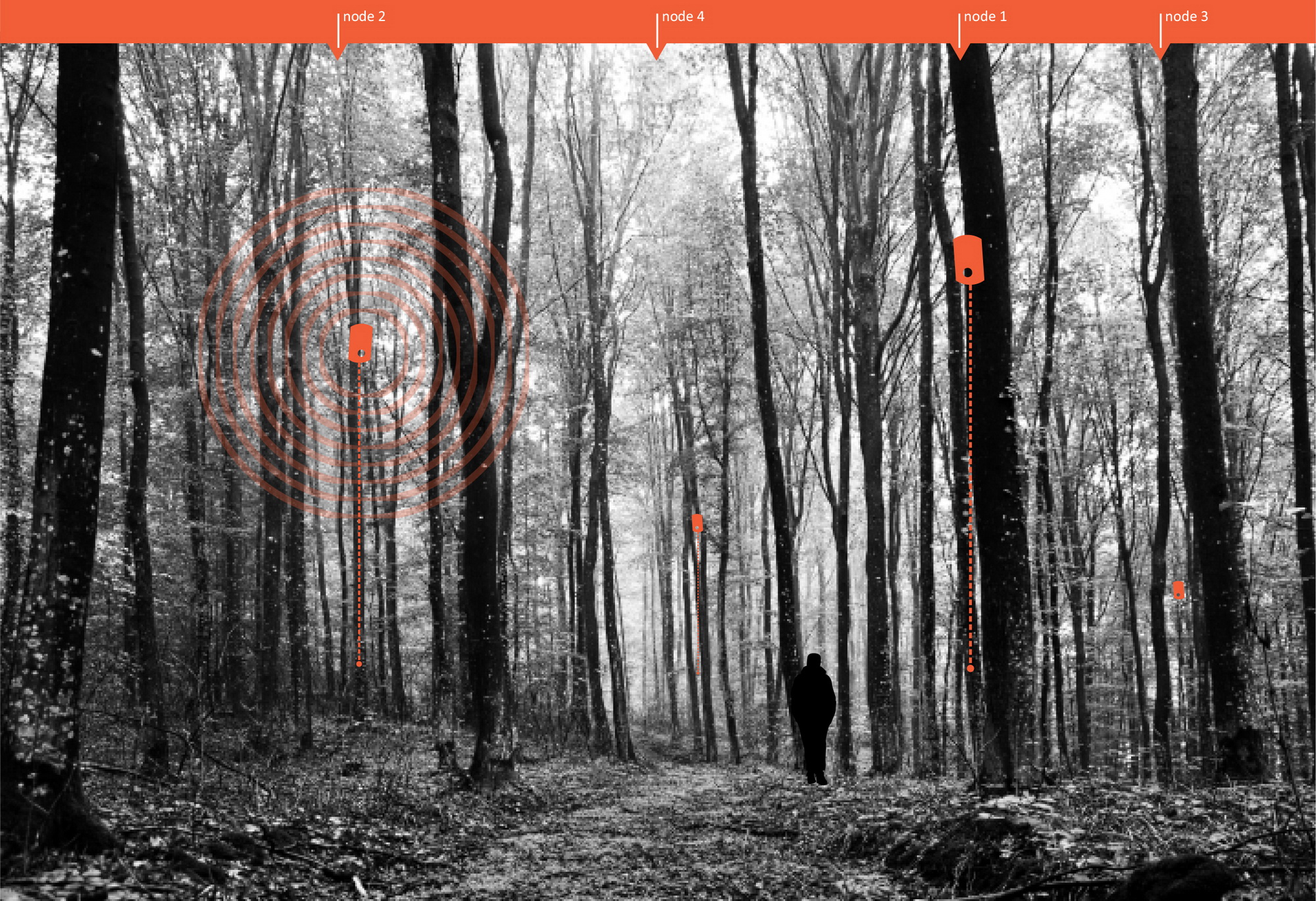