Radio Kulturo simultaneously rebroadcasts and remixes the national classical radio station of every member state of the European Union. It is part of a series of works exploring notions of consensus, time and simultaneity utilising Internet streaming media.

Software &/or Hardware:
Radio Kulturo utilises an icecast streaming server alongside a liquidsoap client connected via jack to an ecasound instance which in turn is connected to multiple mplayer instances. Archives are scheduled hourly by a cronjob calling up a mplayer dumpstream script. It is made using only Free, Libre and Open Source Software (FLOSS). It exists on a virtual server running inside a Debian host server. The code is available for study or further remixes / modifications. 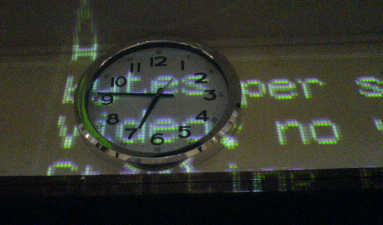