Hallogenerator is a multimedia electro saga of fortuneless party robot from the future. His software, assigned for eliminating humans, has been corrupted by the virus mutants during the transport. The robot has been successfully booted but only in a party mode.

Hallogenegator is displaying the contrast between the digital world of computers and biomorphic world of human where both parties are failing and winning at the same time in a dark atmosphere of the unpredictable context.

Performance sets up the mirror to producers, DJs and pop singers, who want to enhance their vocal digitally. But the performance brings to the stage the essence of entertainment and intellectual content in musical form at the same time. It also peacefully attacks the technological literacy of the nation, the jazz police, and computer reliability. Performance wonders whether the custom experimental hardware and software belong on the stage, and it points the importance of their usage in a wider context.

Old evergreens clad in the sound era of the 8-bit computers ignite the flame in every heart. You either love him or hate him. He guides you in the form of oddly functioning technique. 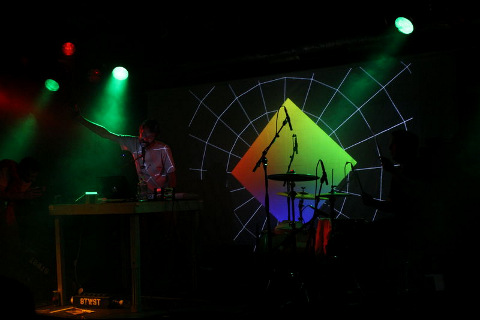