The students were asked to develop a documentation format for AMRO or some aspects of its programme. After gathering individual ideas for documenting specific workshops or panels, a creative group process was launched.

Taking this year's title "Unmapping Infrastructures" the students will first try to map the festival by using several analogue techniques, which should converge on a wall at the festival on site. Graphical recordings, colour and movement studies taken at selected events as well as written notes or social media-style analogue postings might be seen not only as a documentary work in progress. Further, the first growing AMROGRAPH will provide a basis to discuss the festival on a meta level – either during the festival or afterwards when it's transformed into a digital version.

The project aims for interactive moments within the festival community - immediate, subjective, spontaneous, unedited contributions - and prefers analogue over digital not only for pragmatical reasons. 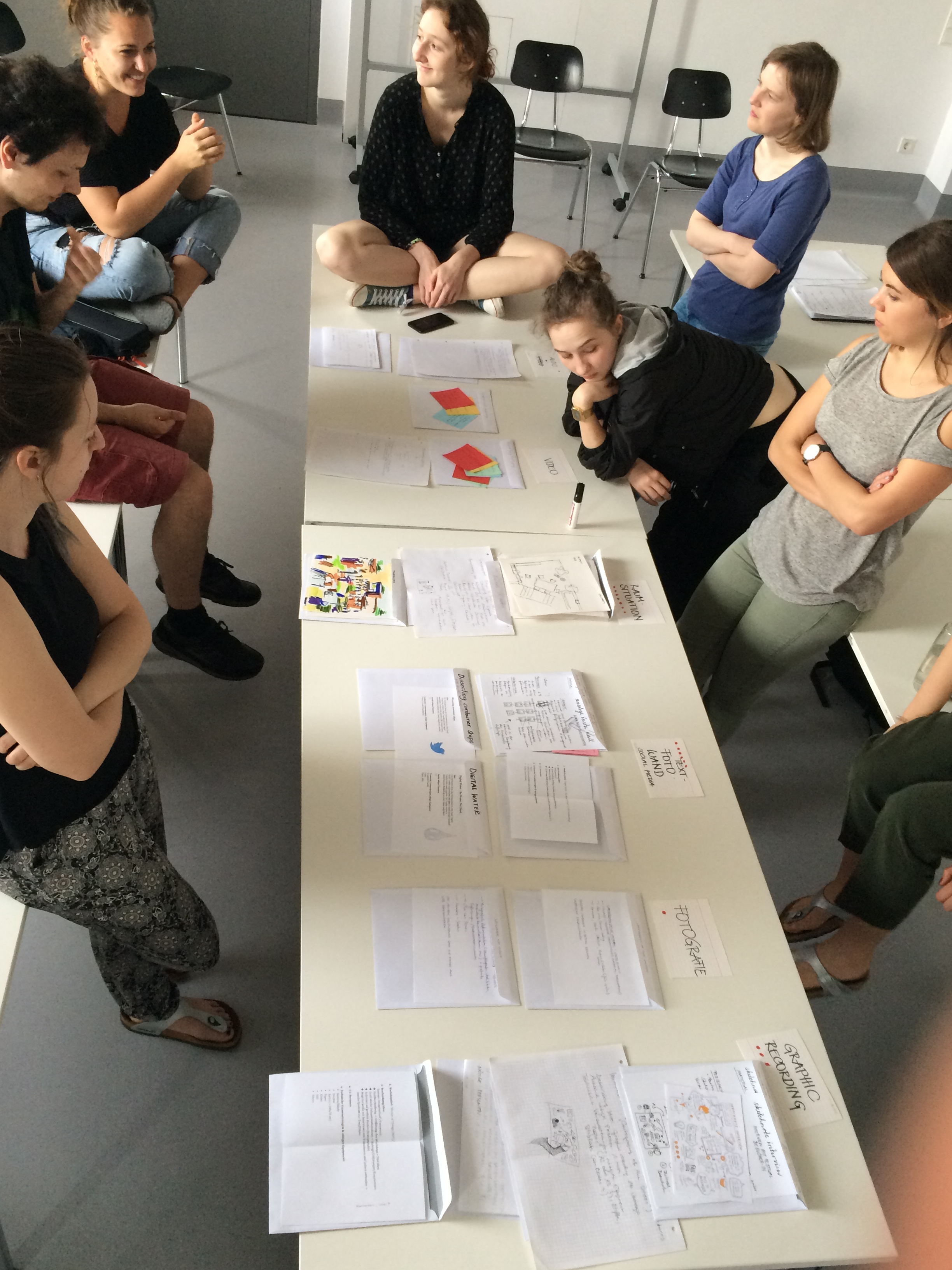