"Self-Similarity" is a performance for sonification and visualization of states of disorder and irregularities in chaos theory. Self-similarity itself is a typical property of those mathematical objects. Fractals, Strange Attractors and other chaotic systems were used to create an immersive light and sound performance with no spatial and acoustic borders - it is expanded cinema in its most radical form.

The analog computed oscillations of the Lorenz Attractor (a Strange Attractor to predict the change of atmospheric layers) makes the famous flap of the butterfly that cause the tornado in Texas visible and hear-able.

The separation of sound and image, immanent in modern media, will be overcome. All generated signals are immediately used for both, sound and visuals. Therefore both appearances are abstract and rough but always connected and naturally synchronized - they are different manifestations of the same energy source. And that's when feedback between audio and visuals will become a trap for ears and eyes.

Both, sound and projection are based on different analogue and digital machines developed by the artist. The unique performance "Self-Similarity" is able to merge audio and video by transforming the data stream of a digital projector into sound and creating an audio-visual presentation of the electromagnetic-fields coils and motors generate. By hacking VGA signals, amplifying their sound and implementing both aspects in his performance Spahn visualises the importance of the machine as an integral part of the art - an artistic reference to Vilem Flussser's concept of the 'apparatus'.

The technology has been developed by the artist as open hardware and open software and is published on "dernulleffekt.de". 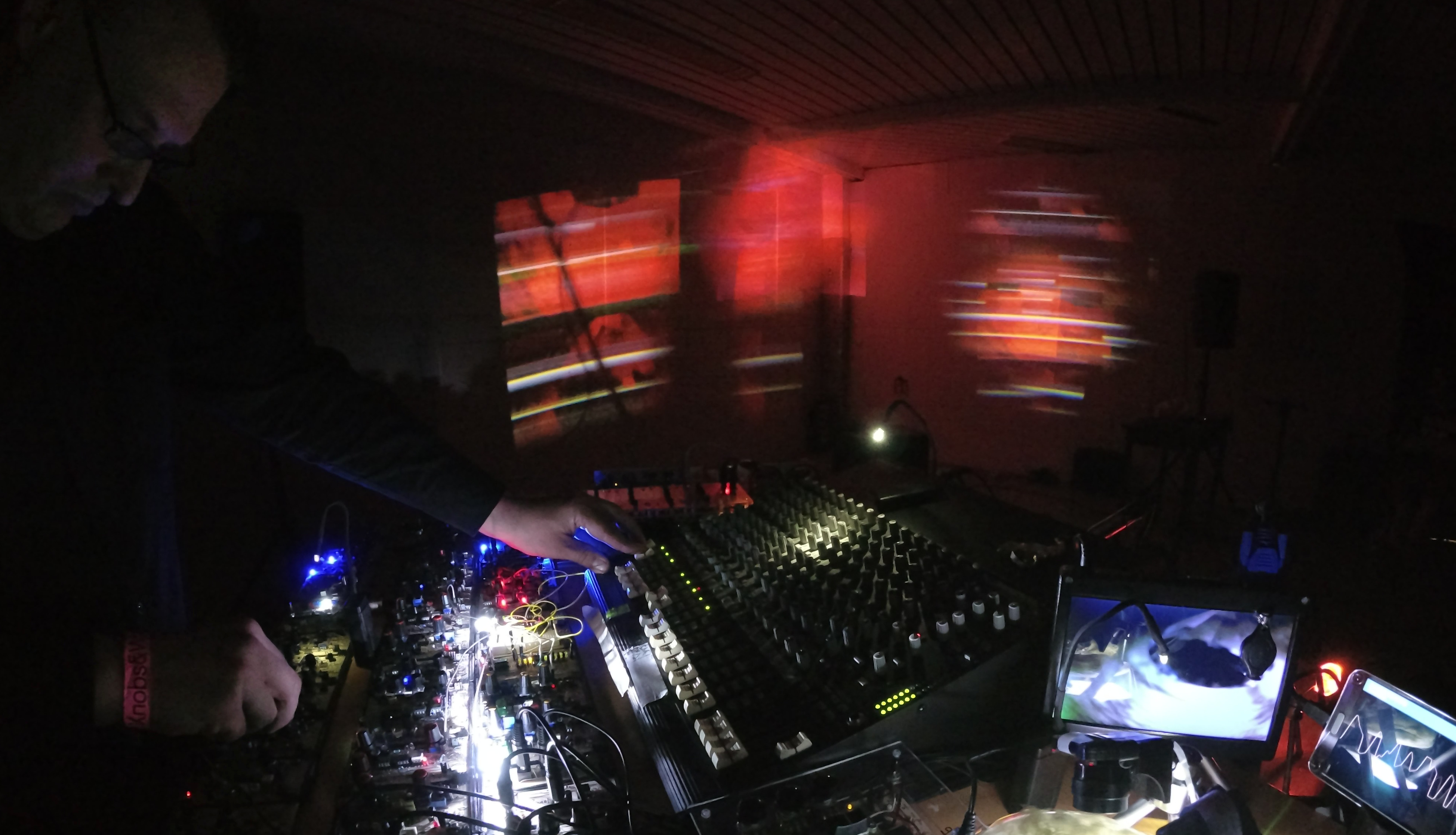